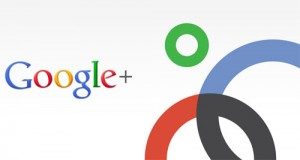 As we all well know, Google Plus has now been launched albeit in testing phase. Even so, the search giant has now taken up arms against the social network threat which is Facebook. Now that social signals are a powerful means to enhance your SEO campaigns, the question is, how can Google Plus affect SEO?

We know all too well how Facebook affects search rankings with Facebook shares and Likes integrated into almost every website you land on. Furthermore, Twitter tweets from authoritative Twitter accounts are also measured in a way that is integrated into the search engine ranking factors of Google (and perhaps other search engines too).

Google plus is still pretty new but the way I see it, Google will really try to integrate the social signals they can extract from Google plus into their search engine rankings. Here are some of the reasons why:

It’s easier to measure social signals from Google Plus because they own it.

It’s easier to tweak stuff in Google Plus in order for them to get better social signals to integrate into their ranking factors.

People would be driven to use Google Plus due to the fact that it will have more bearing in search engine social signals factor.

Just recently in Google Plus, Rand Fishkin started an experiment (which I gladly participated in) on trying out Google Plus metrics alone in ranking a website.

We shared the experiment exclusively on Google Plus platform. Then we started clicking the +1 button for this specific website on its search results page using the keywords ‘vintage scooter helmets’

As you can see, the experiment worked. From a 16th place rank, it’s now in 6th place. Try it out for yourself. Google Plus works powerfully and Google has really given their Plus button a big advantage when it comes to their own ranking factors. It’s phenomenal. It’s crazy. It’s Google – and they now have full control. You either join the Plus one club or you lack one precious ranking factor.

Right now, if you’re an SEO specialist, you would want to have anything and everything you can get your hands on in order for you to rank – and rank well. I highly suggest that you implement Google Plus one button in your website and ask your friends and peers to click on that little bugger whenever they could.

Sharing in Google Plus also seems to have an effect – maybe that’s what Google is going to do next? Or perhaps they are already tracking what you’re sharing inside Google Plus?

In any case, I’m sure getting into Google Plus will never be a mistake.

New posts on Google Plus you might want to check out:

How Google Search Plus Your World Affects SEO