Photography has captured the hearts of a lot of people. Images and pictures are scattered all around the internet. And the good news is, you can optimize it for search engine visibility.

It doesn’t mean that your images must hold words inside, no that’s not it. It has more to do with the code of your image – remember, all webpages are made of codes.

It’s all in the code

Image alt texts deal with putting keywords in your image. How do you do this? Well it’s in the code. A normal image code would look like this:

Notice the alt=”SEO Hacker School” part? That’s called the alt text. It is a very important part of a Search engine friendly Image. If you want your image to be searchable in the search engines, it has to have an alt text.

More than that, you can put a title in your image too. For example:

Do image titles help in SEO? I think they do, considering they are also words inside the image. Image titles are what you see as a tool tip text when you mouse-over an image. If an image doesn’t have a title attribute, it won’t show any tool tip text.

When an email browser does not display images, it’s the image alt text that will be displayed instead – see how important image alt texts are? It is vital in on page optimization. 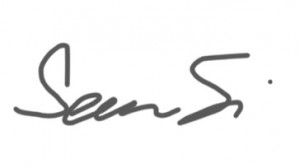